Tebogo Thobejane has denied being the catalyst for Lerato Kganyago’s divorce from Thami Ndala. On Instagram Live, the radio personality cursed Tebogo and called her an evil and vile human being, adding that she knows what she did in her marriage.

On the heated Instagram Live, Lerato took aim at Tebogo, implying that she is to blame for the failure of her marriage to the businessman.

“I am not scared of Tebogo (Thobejane) because I am not her friend. She knows exactly what she did. I find it weird when people talk about you like they know you.

“Very nasty, she must not think of coming for me because I have recordings of her. She’s nasty, she’s a vile human being. To think I always felt sorry for her when they were always bullying her. She knows exactly what she did in my marriage,” she said.

While on the live, someone was trying to warn her to not speak any further but a visibly agitated Lerato could not keep quiet.

Tebogo tried to address the allegations on her own Instagram account. She recently had an interview with TshisaLive where she said she is now scared for her life.

Tebogo said she only had conversations with Thami and nothing turned sexual between them.

“I had a conversation with a friend, or someone I thought was a friend. I have never been with Thami sexually. I am in fear for my life. Anything could happen to me. I am getting bullied again. It doesn’t matter what I did. She’s got brands behind her but was willing to sacrifice all of that to take me down. That conversation was between me and Thami. Nobody would have known about it if nobody went on social media, but now it’s a big drama,” she said.

She added how would she tell her child she was the reason someone’s marriage ended, “I now have to explain to a 15-year-old how I ruined somebody’s marriage.”

Lerato also commented on this matter to TshisaLive saying she never accused Tebogo of having an affair with Thami.

“I think it’s ironic that she would say something like that after the derogatory things she said about me, which is bullying. She’s the one bullying me. She’s the one who said derogatory things about me to my husband and I have it on record. So she is the last person to speak about bullying. The thing about an affair, I don’t know where it’s coming from. It’s not from me. I think it’s just people making things up about whatever, but I definitely know that my husband did not have an affair with Tebogo.” 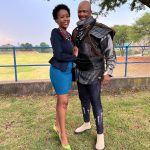 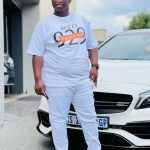