Nomvelo Makhanya has been on Scandal for nine years, and her story has changed a lot during that time. She became well-known and has a lot of fans. She recently won a SAFTA for Best Supporting Actress in a Feature Film for her role in the Netflix movie “I Am All Girls.”

It’s hard to believe that she has left the show after 9 years. Her journey as Lindiwe began when she was a high school student living with the Ngemas in Soweto. She went through a lot of hard times in her life before becoming the owner of a club and marrying Nhlamulo.

After all the pain she went through, Lindiwe took her last breath last night. Her leaving was too sad. Even though the people watching knew the actors were just acting, the way they reacted to her death hit close to home and hurt deeply.

Patrick Ngema, who played her father Mlungisi Ngema, came back to the show for the last scene with his daughter. He took away all of her troubles and asked her ancestors to welcome her.

I can’t imagine the pain of watching your child in agony as she eventually drifts away. Sending so much love and light to the parents that have been in this unfortunate situation. 💕 #etvscandal pic.twitter.com/MRqQFC9eUA

Lindiwe’s final words to her mother were touching. She heaped high praise on her for her stellar parenting skills. “You are the best mother in the world.”

It was painful for Zinzile to witness her daughter drift away from her and she broke down as she took her last breath. “I love you so much Lindiwe,” says her mother while Lindiwe takes her final breath. Lindiwe please do not leave. What would I be without you,” she said while breaking down.

Scandal has bid an emotional farewell to Nomvelo by sharing some of their memories of her from the show. “Lindiwe Maseko may be gone but she will never be forgotten! To Nomvelo Makhanya, thank you for sharing your talent with us over the past 9 years. Thank you for the magic and memories! We wish you all the best with your career! From your #etvscandal family,” reads a tweet.

Lindiwe Maseko may be gone but she will never be forgotten! ❤️

To Nomvelo Makhanya, thank you for sharing your talent with us over the past 9 years. Thank you for the magic and memories! We wish you all the best with your career! 🤩 ❤️

From your #etvscandal family! pic.twitter.com/kocM3mnuTL

Scandal fans have wished her all the best in her future endevours.

Witnessing Lindiwe and Nhlamulo's relationship has been amazing. From Nhlamulo being a scammer, Lindiwe's parents not approving of their relationship, Lindiwe finding out that Nhlamulo has kids, baby mama drama, them finally getting married.
Ah man, it's been lit 😍#etvscandal pic.twitter.com/9YtjIYasvP

I thank the scandal writers for bringing back Mlungisi for Lindiwe's final moments. We have been spoiled by the great acting that came from the Ngema family (Zinzile,Mlungisi,Scelo,Lindiwe nd Omphile) brought onto our screens. Farewell Mvelo Makhanya you were amazing #etvScandal

I wish @_MveloMakhanya all the best in her future endeavors. She did justice to the character Lindiwe for good 9 years. #etvScandal pic.twitter.com/cwubOIQ01T

#etvScandal My tears are not ready for Lindiwe's departure… It already cuts too deep💔💔💔💔💔 pic.twitter.com/TkQi71v941

Lindiwe's Exit Is One Of The Most Saddest and Beautiful Exits I've Ever Seen On A TV Show 🥺❤️.. The Way The People In Her Circle Have Shown Her Love, If This Was A Real Life Thing As Someone Going Through That.. I'd Want Things To Go This Way. #etvScandal

Meet Lindiwe Ngema. The first person to be told Rest in Peace while still alive#etvScandal pic.twitter.com/9FyPyHAEUm

I like how #etvScandal gives a character room to grow. We watched Lindiwe go through highschool, prostitution, date Romeo then fall in love le lepara and get married and now a mother, I thoroughly enjoyed her character over the years 👏💕 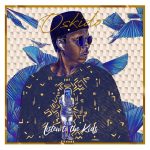 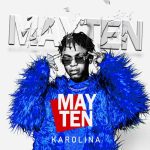