Lebo M is overjoyed because he is celebrating the 25th anniversary of the Broadway animation feature. The star is the first person to work on Broadway for 25 years and the first black composer to do so.

He wrote songs for the 1994 Broadway production of The Lion King. South Africa now has the longest-serving Broadway talent at 25 years.

On Instagram, he shared photos from his magical return to Broadway earlier this month, when he was honored at the 25th anniversary of the animated film The Lion King.

“About last night, still so surreal to me. When work constantly feels like new work yet one has been blessed to live to see, feel, and be humbled by the effect one’s work has had and now 25 years later history records us in various categories of firsts. with beautiful family my wife first Mrs. M @pretty_samuels family friends well over 30 years now @crystalkungminkoff and @robminkoff my partner at Lebo and Primedia @primediaoutdoor and the Queen of talk @zintathu (Check her vibes at our soundcheck) and reuniting with the maestro @churchmuse. I am grateful and humbled. To the TLK family @thelionking here’s to another 25 years,” he wrote.

Many of his fans took to the comment section to congratulate him. 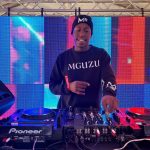 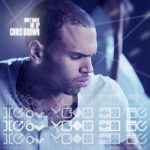