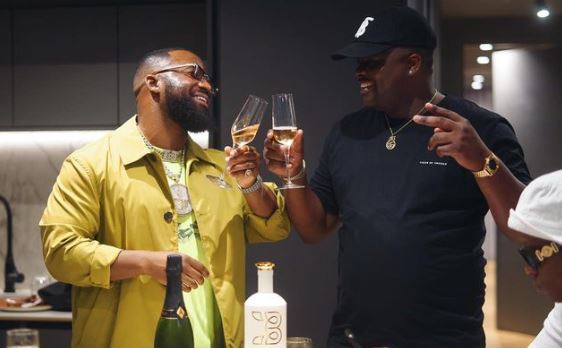 Cassper Nyovest has returned to social media after a day off to mourn his friend, DJ Sumbody.

The DJ, whose real name is Oupa Sefoka, was confirmed dead by his family members and music management on Sunday morning.

Oupa John Sefoka allegedly met with an unfortunate incident that resulted in his death early Sunday morning, November 20… The investigation is still ongoing. “The Sefoka family and Sumsounds Music Management have respectfully requested privacy during this difficult time,” reads the official statement.

People expressed their shock at the late star’s death, and Cassper did so with a tweet before disappearing from social media until Monday night.

Resuming social media on Monday night, Cassper shared a video of how he bonded with Oupa during his video-ad shoot for his Billiato drink brand.

Nyovest says he is pained by the DJ’s death as he had lots of plans.

“My beautiful brother, Ntja ya Kota!!! You broke my heart. I won’t lie, ha ke shapo. You had big big plans!!!”

The gunmen who shot DJ Sumbody dead are yet to be found nor identified by the police confirmed that the investigation is ongoing.